So the Nintendo presentation.

Don’t get me wrong, it was the most entertaining presentation (I love the Robot Chicken take on the characters) and many of the games looked great, but let’s break it all down. 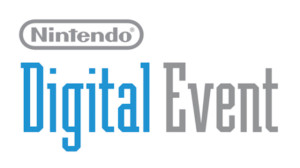 I’m mostly going to discuss Wii U because that’s what Nintendo really needed to sell this year, and I am also only concerned with their “Digital Event” video, not any of the other shorter videos released separately, so that gives us what? About 45 minutes to work with. The first 12 minutes were spent on nothing but Smash Bros., a game that we’ve seen quite a bit of already, and if we add the Lady Palutena reveal at the end of the presentation, that’s 15 minutes total, or 1/3, ONE THIRD of an already short presentation dedicated to a game we’ve already seen, leaving only 30 minutes to cover everything else.

So what else did we get?

All of these games look great, but we’ve seen them, several for a long while, and we should be playing them by now instead of seeing even more trailers (Xenoblade isn’t even slated for release until 2015?!). People complain about Watchdogs being at too many E3s (since 2012), but at least that game came out already. It’s just hard to be excited for these games any more than we already are at this point, if you ask me.

So what was new? Pokémon remakes… on 3DS. No Pokémon for Wii U. Fuck off. Next. 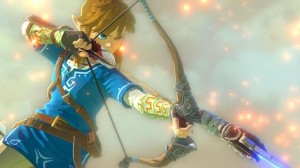 Zelda’s appearance wasn’t a shock as we were told it would be there. It does, to be completely honest, look almost like everything I want from a Zelda game: adult link, great art style, travel by horseback. I really couldn’t be happier with that piece of the video.

In order: I’ve loved Kirby since the original Dream Land on Gameboy, but he is quickly becoming Nintendo’s second most overexposed character behind Mario. As much as folks defend Nintendo using the same characters to create unique gameplay experiences, which I fully admit they do, I’m sorry, but aesthetics matter. Kirby games, like Mario games, look and sound like other Kirby games. You can get sick of the aesthetic. It’s like Star Wars. There are some good Star Wars movies and games out there, but I’m sick of them. I’m sick of the light saber sound effects. I’m sick of the same musical flourishes. I’m sick of the word “padawan.” In the same way, I’m starting to get a little sick of Kirby …

….Which brings us to Captain Toad. A game which was a big surprise, is slated for release this year (we’ll see), looks great, and I’m already a little sick of because it’s a fucking Mario game. “Oh, no! See! It’s Toad! It’s a new IP!” Fuck no, it isn’t. If you played New Mario Bros. exclusively as Toad, is it not still a Mario game? Does Mario Kart suddenly become DK Racing if you only play as Donkey Kong? Nope. If it looks like a Mario game, sounds like a Mario game, it’s a fucking Mario game. With all of the franchises Nintendo has, with all of their characters, IPs, and decades of brilliant experiences from which to draw, they yet again choose Mario to kickstart a “new” IP. Whatever. So, what’s next? 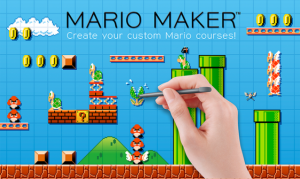 *Sigh.* Mario Maker. “Hi! We here at Nintendo are getting a little sick and tired of making Mario games all the goddamn time, so now you can make your own fucking Mario game, you blind, witless fucks!” That’s what I was thinking when I saw this thing running.

It’s a cool idea, sure, it was especially cool when Sony did it with Little Big Planet SIX GODDAMN YEARS AGO. This game, is years overdue, and it should have been a mode in New Mario U, maybe as DLC or a smaller standalone (cheap) digital release, but I guarantee you it will be at least $50. And people will pay it. Many will enjoy it. Good for them- but it still represents the sad game of catch-up Nintendo has been playing since they announced the Wii U and stepped into the HD generation. At least it gets a point for the Mario Paint throwbacks… well maybe half a point.

Finally, Splatoon, which was, to me, the greatest yet saddest part of the presentation. Splatoon looks like one of the coolest, most intuitive and maybe even brilliant game designs to come out of Nintendo in a long time, and it really reminded me of all of the amazing creativity that was more abundant around the Dreamcast/GameCube days. 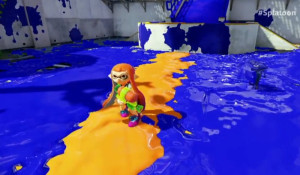 The creators are to be applauded for being so inventive and making something that looks fun, new, and still fits with Nintendo’s family-friendly image. But still, it makes me sad, because looking at this 8-player, 4-on-4 multiplayer game, I am almost certain it is doomed to the same kind of failure suffered by the Wonderful 101.

Have you ever tried playing any multiplayer only battle games on consoles with more robust online communities like the 360? Try games like Hybrid or Nexuiz. Now try to find an actual game to play online. I’ll save you the trouble- you won’t find one.

Why? Because these games don’t maintain an audience, no matter how good they are, unless they are Battlefield or Call of Duty. In Nintendo terms, this one will suffer the same fate without Mario (as much as I hate to say that). As much as I think that Splatoon looks great and I want to support the game, even I am unlikely to buy it without a really strong single-player campaign, because otherwise I doubt I’ll really get much out of it. 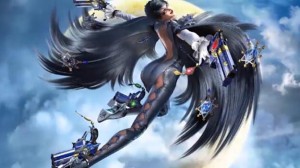 I hope Nintendo promotes the hell out of Splatoon, and I suppose that giving it so much E3 exposure will help, but I’m afraid that they will cut and run the second it misses its initial sales projections (which it will).

So what will we be playing on Wii U this year to help Nintendo push the systems? Bayonetta (should have been earlier), Hyrule Warriors, Kirby, Mario Toad, and Smash, and who’s to say that each of these last three don’t get delayed… Like damn near every other Wii U game has. Yes, that’s completely speculation, but DK: Tropical Freeze was a tent-pole title last year, and it was delayed from Holiday 2013 to February 2014, and even hidden in Nintendo’s own presentation was a delay for Smash on 3DS (Now coming in October instead of Summer), which makes me think we are in for a deluge of the same.

The 3DS delay could mean one of two things: that the Wii U version is also in danger of delay, or that the 3DS delay is to move resources to the Wii U version to ensure that it is ready to go by this Christmas. I hope the second is the case, because holy God, if there isn’t a Smash Bros. on Wii U this year… Honestly though, being a jaded long-time SEGA fan and more and more a jaded Nintendo fan, I expect either Mario, Toad or Kirby to be delayed until Spring. My money is on Toad.

Any way the master sword slices it, that’s a thin slate of Wii U releases for the rest of the year. What would have helped? Oh, I don’t know, maybe this:

Shovel Knight. Pier Solar. Teslagrad. A.N.N.E. Guacamelee!. Tengami. Citizens of Earth, Nihilumbra. Wooden Sen’seY. A metric fuck-ton of amazing looking digital game,s which weren’t mentioned during the main presentation. (On a 3DS side note, I nearly peed my pants at Gunman Clive 2, I fucking love me some Gunman Clive).

In 2013, Nintendo did have a similar montage as part of their main presentation. Why chop it out this year when you have so few titles to highlight? Nintendo’s strategy seemed to confirm that there are no games for Wii U and no third-party support. Oh, and last year, they had a third party montage, too. Now, I am fully aware that there is very little third party support for the system to speak of, but why not highlight what support that you do have? Why not use this opportunity to help promote, sell, and as a result, possibly attract more third parties (or indies) to your platform? I quote: “I feel like I’m taking crazy pills!” 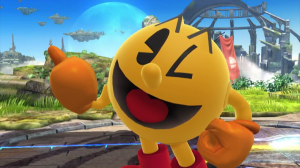 Oh, and while they are unlikely to ever match the poop-your-pants reveal of Mega Man last year, Nintendo should still have put in the Pac Man reveal over Lady Palutena.

Don’t get me wrong, the games pretty much look really great, some even amazing, but we’ve seen so much of it before. There were so few unexpected surprises, and most of the “new” titles we’re getting just draw too much from games we’re already far too familiar with. Passable maybe, but nothing “A” grade here.

A final angry, jaded gamer prediction for Wii U: Other than Bayonetta, Kirby, Toad and Smash Bros, you’re probably going to see all of these games, yet again, at E3 2015. They will be between videos of the new Raccoon suit Mario Amiibo, another 3DS Pokémon game, and Nintendo asking us all to “please be patient” for a new fucking Metroid or F-Zero game. 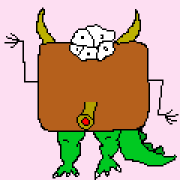 It Came from the Desert’s pre-order price revealed