The original Dragon’s Crown came out almost four years ago, and was met with critical acclaim. Today, Atlus has revealed Dragon’s Crown Pro for the PlayStation 4.

The game will be presented in 4K resolution, and will support cross-play with users on the PlayStation 3 and PS Vita. The soundtrack is said to be re-recorded by a live orchestra and the Japanese release will also include English voices.

Dragon’s Crown Pro will be released in Japan on January 25th and no word has been said on an international release.

Here is the box art: 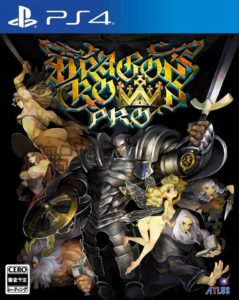 Currently a student at the University of Texas-Rio Grande Valley. Fan of Sonic and SEGA. Location: Probably in bed.