Celebrate 10 years of the Yakuza franchise with us! Yes, in a day like today but in 2005, the 1st Yakuza title was launched for the PS2 in Japan. SEGA is celebrating the date launching Yakuza 5 on the PS3, but we also want you to join the celebration! Enter our Yakuza 5 T-Shirt Giveaway!

Somehow during a police raid in Kamurocho 4 Yakuza 5 T-Shirts fell from a truck, and somehow these ended our office desk. So, as you can see we like to share stuff, specially in winter, a time were it’s chilly outside.

That’s why, we are giving away 2 Yakuza 5 T-Shirts via Twitter and 2 via Facebook, the contest is open for all our worldwide readers, no matter the region. Here’s what you gotta do:

Create a meme based on the yakuza franchise, it’s a plus if it is somehow related to a good moment from the series.

ON TWITTER:
Tweet back to us @seganerds with an original Yakuza meme using the following 2 HTs: #SNContest #Yakuza5Majimagicalmoment
Example: 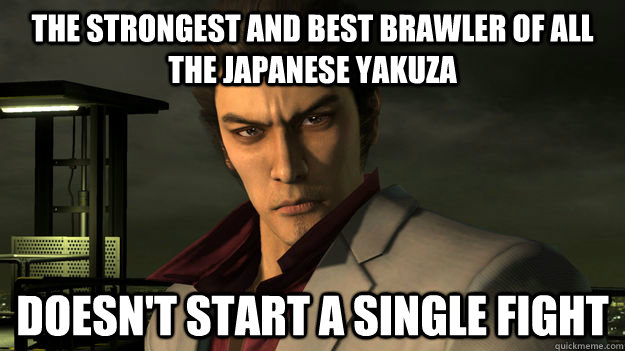 ON FACEBOOK:
Reply to us with an original Yakuza meme on this post, using the following 2 HTs: #SNContest #Yakuza5Majimagicalmoment
Example: 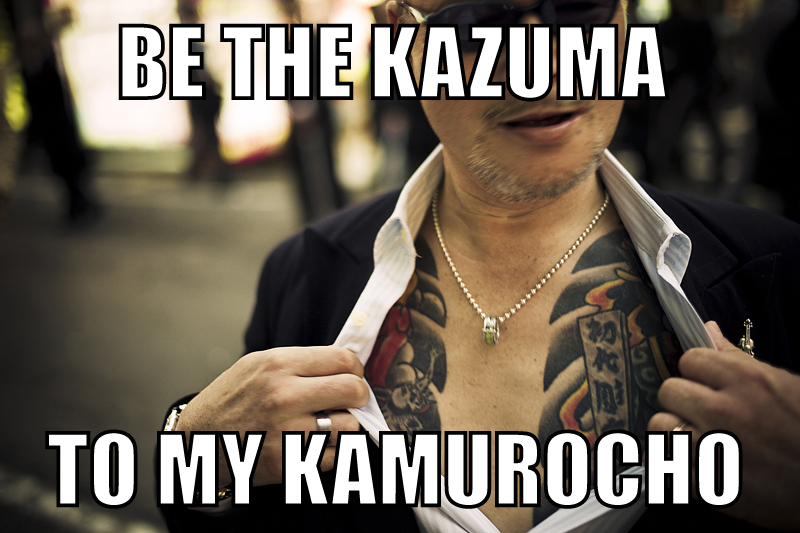 Well announce the winners on Dec 15th. Good luck! And be creative!!

If you still want to participate for more goods, we’re giving away 2 Yakuza 5 codes for PS3 (USA & Americas only) on our Twitter and 2 via our Facebook.

Yakuza 5 is free for PlayStation Plus owners in August