SEGA Amusements had a booth at this year’s IAAPA Expo 2015 on Orlando, FL, USA. Among the unveiled arcades were localized versions for the SEGA x Ninty series Sonic and Mario at the Rio Olympics cabinet, the Ninty x SEGA x Capcom title Luigi’s Mansion, and other local arcades such as Sonic Blast Ball, Transformers Human Alliance, and Sonic Dash. Other collab arcades such as EA’s Plants vs Zombies and Showdown were also at the booth. The novelty was a new arcade called Storm Race G.

Enjoy the gallery below via SEGA Amusements FB: 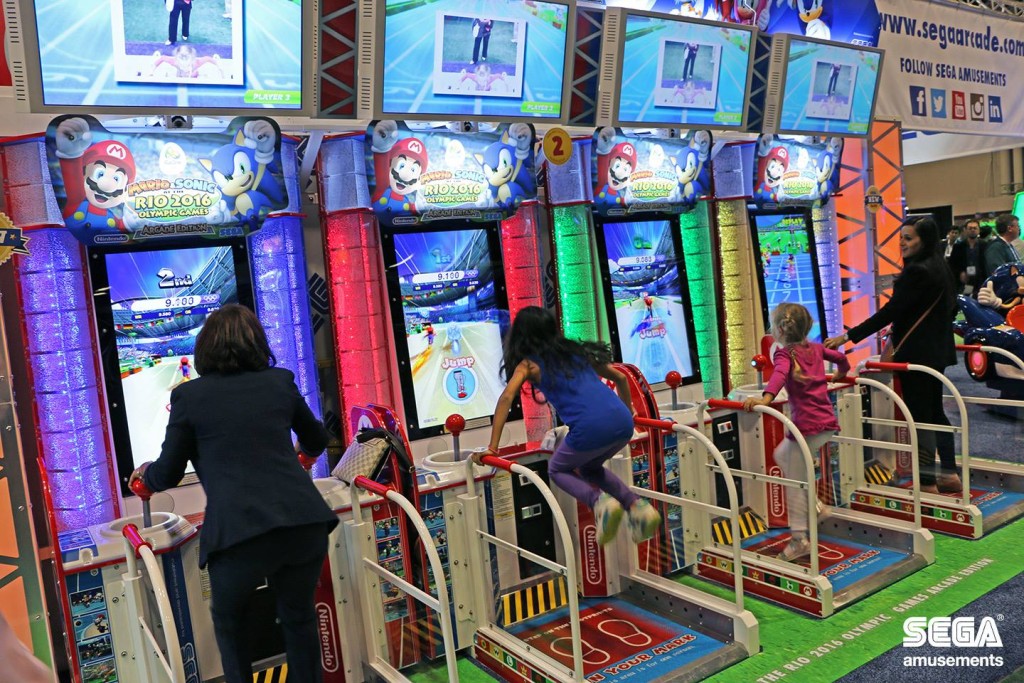