Japanese action figure manufacturer Good Smile Company has launched the Kazuma Kiryu Figma figure preorder today. The action figure from the Yakuza series is being produced by Max Factory and will be out on June 2016 with a price of 5,371 yen (about 44.06 USD).

From ‘Yakuza’, the popular action adventure game celebrating its 10th anniversary, comes a figma of the legendary ‘dragon’, Kazuma Kiryu!
•Using the smooth yet posable joints of figma, you can act out a variety of different scenes.
•A flexible plastic is used for important areas, allowing proportions to be kept without compromising posability.
•Three expressions including his standard cool and composed face, a shouting face for combat as well as his rare smiling expression.
•Optional parts include a ‘Staminan Spark’, a cigarette and a golden gun.
•An articulated figma stand is included, which allows various poses to be taken.

You can get this awesome figure at AmiAmi | Hobby Search | Good Smile Company. 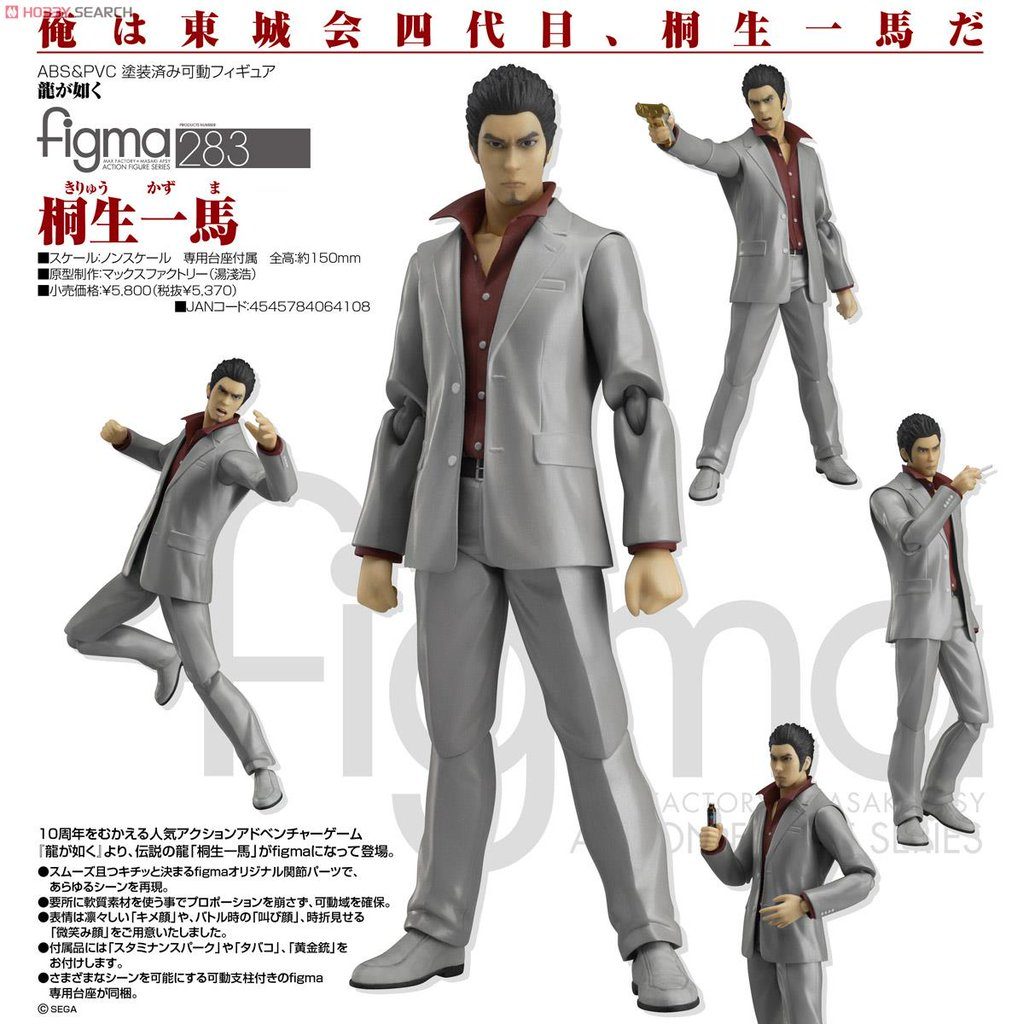