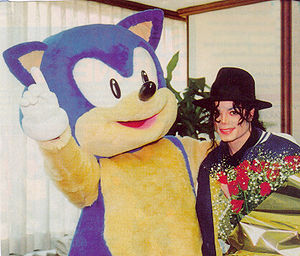 For the longest time, many fans of the Sonic the Hedgehog series have speculated that Michael Jackson had secretly written the music for Sonic the Hedgehog 3. According to a very entertaining news piece by the Huffington Post, the rumors are actually true!

As Jackson’s musical director, Buxer had a raft of duties. Along with managing a team of auxiliary musicians, Buxer created tracks from his own ideas and based on a beatboxing-style of songwriting Jackson would perform for him. So when Jackson decided he wanted to work on the Sonic 3 soundtrack, it fell to Buxer to assemble a team. “I was working with Michael on the ‘Dangerous’ album,” Buxer recalled, “and he told me he was going to be doing the Sonic the Hedgehog soundtrack for Sonic 3. He asked me if I would help him with it.”

It is not known why SEGA never advertised that Michael Jackson was involved with the project, but it might be due to the child abuse allegations that surrounded the King of Pop during that time. Former SEGA executive Roger Hector said that it was a “big secret” and that they did not want word of him collaborating with SEGA on the soundtrack to leak. 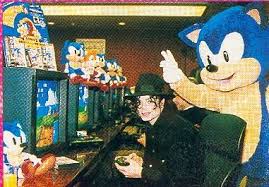 “It was a big secret,” Hector, the former Sega executive, remembers. Sega “didn’t want the word to get out at all.” He says Sega gave Jackson a demo of the game. “He took it from there and started making music,” Hector said.

For around four weeks in 1993, Jackson and his team worked out of Record One studio in California, creating “something like 41” tracks – or cues, as they’re called in the video game world, Buxer said. Jones remembers Jackson calling him, sometimes late at night, to share ideas and sing melodies that would eventually make it into the game.

As of this article, it is still not know which songs Jackson worked on, but one of the rumored tracks can be heard below.

You can read the entire story by clicking here or an alternate copy of the same article, here. What did you think of Sonic the Hedgehog 3‘s soundtrack? Sound off in the comments below!