Japanese news site, 4Gamer, has posted new Neptunia vs SEGA Hard Girls information today. More details about the story, gameplay system and levels have been unveiled. As we already know the story revolves around If and an amnesiac new character named SEGAMI joining forces to restore the books of history across dimensions after being asked by library of time keeper to do so, the site now reveals the catastrophe has been caused by a “Perfect Chaos” type of creature. Both characters will have to restore the lost fragments of time across the different SEGA consoles eras, resulting in a conflict and team ups between Neptunia and SEGA Hard Girls characters. Neptune will be later introduced and her bike transformation will aid you to leap through dimensions. 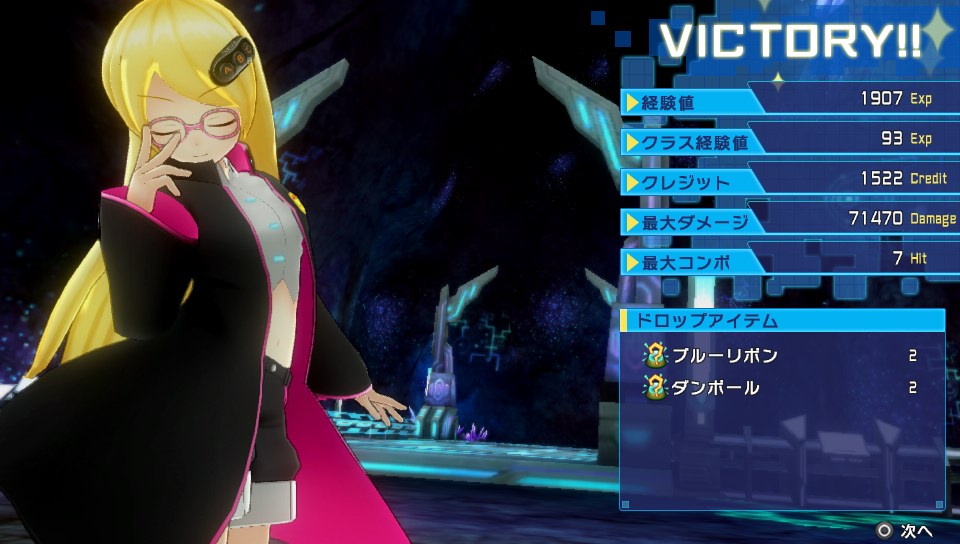 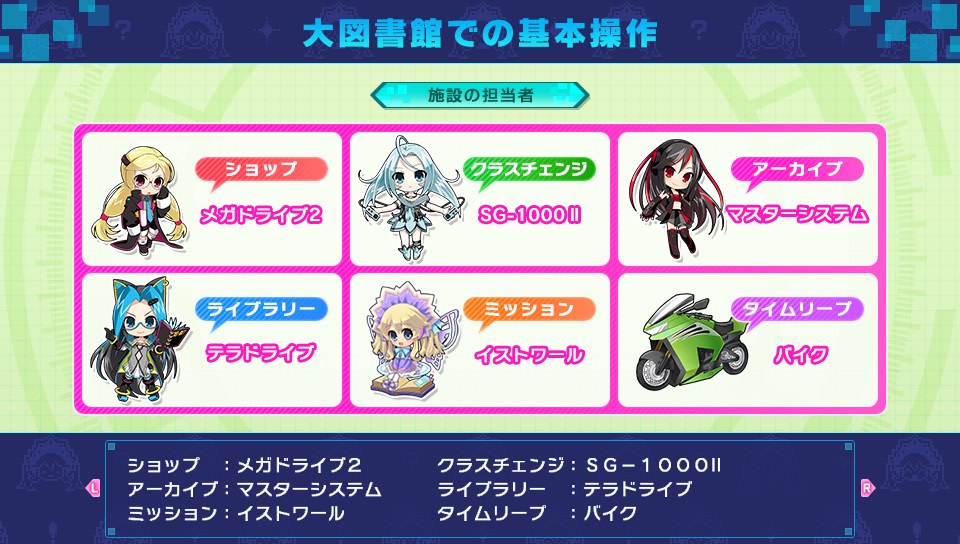 The library will allow you to record your progress, contain different item shops, and as you clear the eras more missions will appear. As you clear and defeat characters they will join your party, depending on you level of experience and mission clearance you will be able to get more skills to defeat the stage bosses. The battle system is the familiar “unit turn-based” system from the “Neptunia” series, but with some arrangements for the title. Commands that can be entered in turns as “movement”, “attack”, “skill”, “Item” in groups of four, or executed by combinations of each freely. As you combat you will be able to fill an action Gauge attack, they have 3 colors depending on how much you fill them. You can also set formations for your characters. You can also execute transformations and special attacks.

Neptunia vs SEGA Hard Girls game is set for a Nov 26th release (yes, next week!) for PS Vita in Japan. There is still no info on whether this game will be localized for western audiences or not, there’s a fanbase looking forward to it due the high popularity both franchises have, specially since the HiScoool SeHa Girls anime aired. Let’s hope Idea Factory International localizes this game for western audiences. If you wish to know more info about this game and where to get it, be sure to check our previous report or watch the game’s animated Opening in all its glory over here.