Straight off the floor of the Sonic Amateur Game Expo (SAGE) 2018 comes a home-brew Sonic game for the SEGA Saturn. Z-treme, in particular, is based on the cancelled Saturn release of Sonic X-treme, a game intended to bring Sonic to the third dimension. This homebrew version may not have as many features as the original boasted, but at least it doesn’t have the disgusting fish-eye lens.

Thankfully, the game controls and feels a lot like a Sonic game, as it should. Moving in a direction, Sonic increases in speed and bounce pads exist, as well as traps, pitfalls, and spikes, depending on the level you’re in. Camera controls are relegated to the triggers (90 degree turns only), though the face buttons are split between two actions; A, B, and C to jump, and X, Y, and Z to ball up.

The game even includes a double jump, allowing you to redirect Sonic’s trajectory. However, the lack of bounce pads and enemies in the right spots make the levels feel like they depend on the double jump too often. Watching XL2’s own preview video shows him doing some pretty impressive stuff to launch himself across the level showing how far creativity (and map knowledge) gets you in the game.

The level design, when cross-referenced with some videos of X-treme, seems very heavily inspired by the original. Half-pipes, the “circular” design of the ice level, really the whole ice level.

The only major problem I had with the game was the fog; it obscures the exit from the first level entirely until I got close enough and rotated the camera near it (even then I only saw a launch pad). The last two levels had some leaps of faith that put me on the edge and made my thirty minutes of play time feel worthwhile.

Its music may be recycled from other games, but Sonic Z-treme does its job as a game; exploring the levels and finding new things makes me want to explore the levels and find even more new things. Most of the replayability may come from the open-ended split screen, where you can race, fight or just explore with a friend. It could make some use of a debug mode or at least a way to unlock a level select screen. There just aren’t any unlockables present to keep me playing it on my own, and the brevity of the entire game will limit it until the creator makes more stages for each level.

Playing it with a physical modded or Psuedo Saturn setup is fairly easy; all it takes is visiting the site and burning the .cue and .iso files from a zip to a CD. How will you experience it? We want to hear about it! 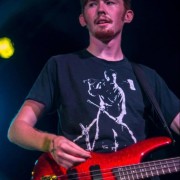 The new Yakuza game will be announced next month

Community Art of the Month: March