SEGA Games Japan has announced PSO2 service will arrive PS4 in Japan on April 20th, 2016. While PSO2 : Reborn: Episode 4 will arrive that same April 20th for PS4, PS Vita, and PC in Japan. In addition a closed Beta test for the game in PS4 will start on Feb 25th, 2016 until March 6th, and the Demo for PC will start late February this year.

If you wish to know more about some of the updates PSO2 : Reborn: Episode 4 will have, you can check out past report. 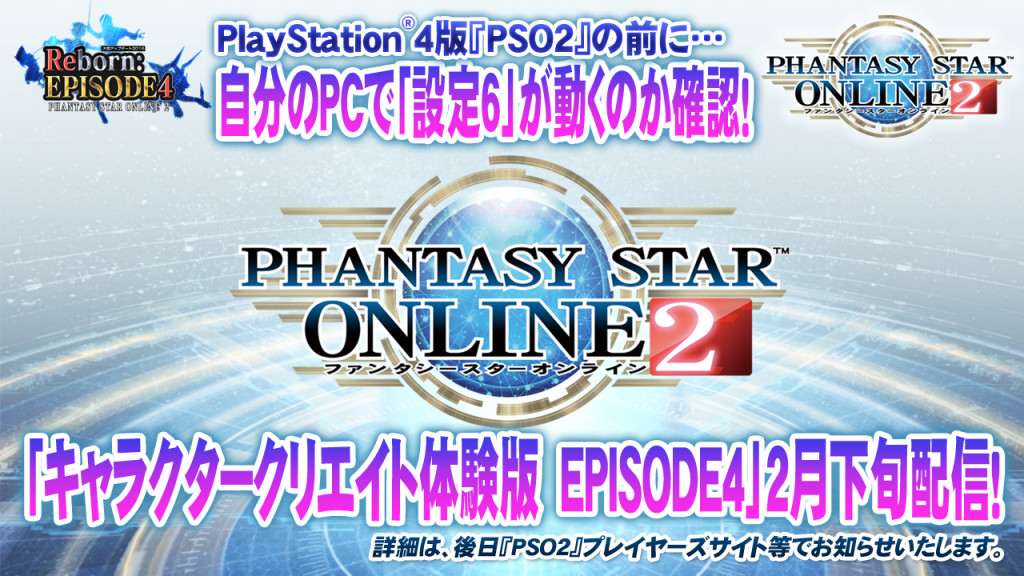 SEGA has also announced a PSO2 anime collab is coming for regular PSO2 in Japan, new dishes for the PSO2 Cafe, and new merch on the way.

A new Super Monkey Ball is headed to Switch, PS4, and PC