Earlier this week, controversial Nintendo employee Alison Rapp announced on her Twitter page that she had been fired from her position at Nintendo. However, earlier today, SEGA announced that Rapp would be joining their North American localization team.* 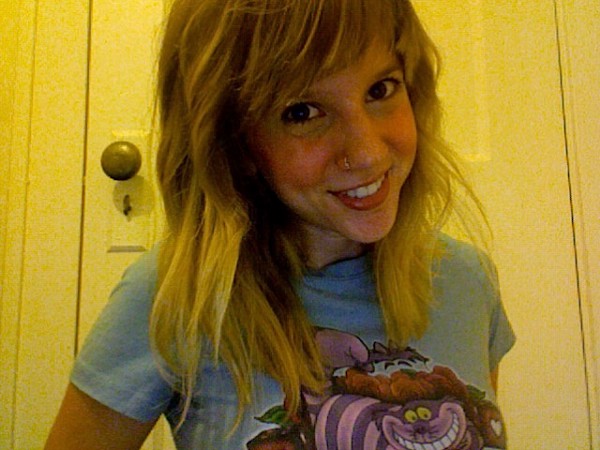 When reached for comment, a SEGA employee who insisted on anonymity said “Fuck Nintendo! Everything they do is wrong. They can suck-diddly-uck my spikey blue dick!”

Having reached out to Rapp, she responded, “Rrrghg rawrgghh rrrh! That’s dragon for Nintendo sucks, and I’m really happy to be joining SEGA. I can’t wait to localize the shit out of some Atlus games!”

Rapp has become a controversial figure in recent months following controversy surrounding her public opinions on child pornography and pedophilia and her involvement in the Fire Emblem Fates censorship localization.

Citing damning evidence such as “muh feelz” and “because reasons,” many in the media were quick to blame a GamerGate-led cabal for Rapp’s firing, an alliance which of course includes Nazis, reverse vampires, and worst of all, gamers! However, an official statement from Nintendo indicates that Rapp’s employment was terminated because she was moonlighting, or holding a second job, which conflicted with Nintendo’s corporate culture, which was a violation of Nintendo policy.

Here is the full statement Nintendo made to Mashable:

“Alison Rapp was terminated due to violation of an internal company policy involving holding a second job in conflict with Nintendo’s corporate culture. Though Ms. Rapp’s termination follows her being the subject of criticism from certain groups via social media several weeks ago, the two are absolutely not related. Nintendo is a company committed to fostering inclusion and diversity in both our company and the broader video game industry and we firmly reject the harassment of individuals based on gender, race or personal beliefs. We wish Ms. Rapp well in her future endeavors.”

I, for one, welcome Rapp to SEGA of America. What do you guys think? What Japanese SEGA/Atlus title would you like Rapp to be in charge of localizing? Let us know in the comments!

And of course, don’t track anyone down and harass them. This goes without saying, covering my ass, blah, blah… Just leave everyone alone. Please.

*This is totes not an April Fool’s Joke**

Seriously though, Chris is probably going to make me delete this, so spread it as fast as you can!

Persona 5’s director thanks Western fans in a heartfelt message