Has tons of fun for the SEGA fan but may not for the other type of players.

In the spirit of joining my fellow SEGA Nerds teammates, I decided to join the Annual SEGA Horror Fest with a review. While I may not be the most appropriate person to talk about Halloween, since we don’t celebrate it in my country, I tried to choose a title that’s more related to our “Día de los Muertos” (Day of the Dead), our national holiday that embraces our joy for life, the cult and nostalgia for our departed ones and also… to poke fun at death.

Precisely, that’s what Arkedo’s Hell Yeah! Wrath of the Dead Rabbit does, poke fun at death, hell, and some other spooky things on the way. While French developers, Arkedo, might be long gone as a studio after a financial bankruptcy (should I dedicate a Mexican Día de los Muertos “Ofrenda” perhaps?), they certainly made games that were appreciated in a special way by some people (like Nervous Brickdown or Big Bang Mini for the Ninty DS). 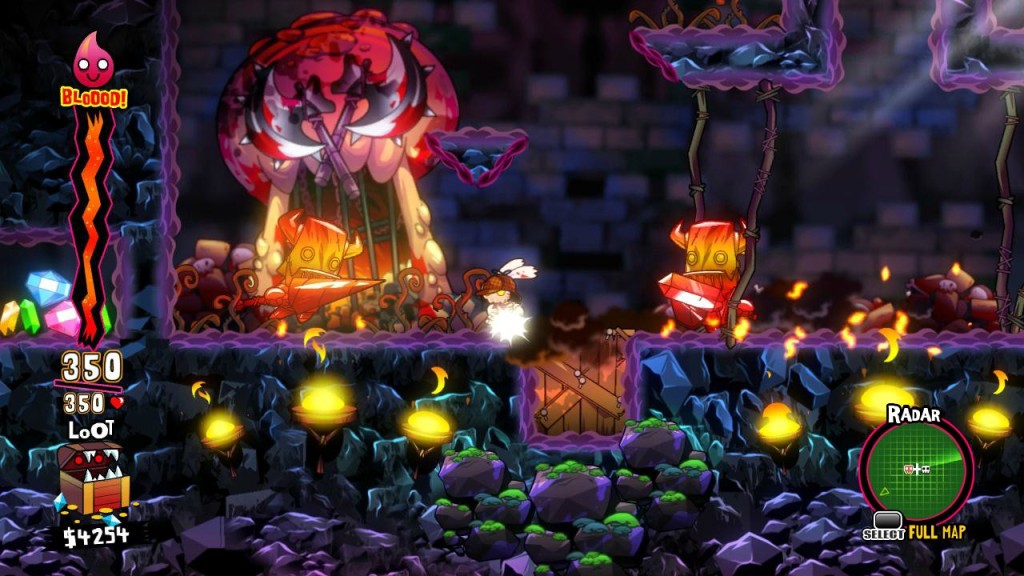 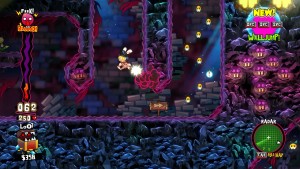 A RESURRECTION FOR A PLATFORMER?

For a start Hell Yeah! is a platformer, a genre that many thought dead but that’s been slowly coming back thanks to the necromancy of retro gaming. You control Ash, hell’s current underworld ruler, who is trying to hunt down some of his minions that are threatening him with releasing compromising photos to the public. As fun and weird as the plot sounds this translates into comedic and bizarre interruptions or mini games that appear as you progress though mazes in the underground, perhaps this is a double edge sword, cause while some of us SEGA fans might fall into the gag and follow by, some others might get desperate trying to know what’s going on, because the game is not very intuitive in explaining these “on the go” mechanics. For example, some bosses require to aim and shoot as a mini game, but some people might not get how to do it, cause the game does not do a very good job on explaining so or that it is part of a gag.

For most, the game has a lot of fun to offer, but also requires to master some skill, since the controls require you to switch between sticks to aim for certain parts or to zoom out the screen to aim and hit some enemies. 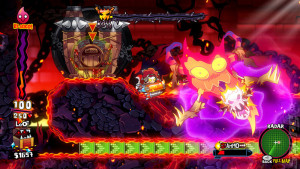 SOMETHING FOR THE SEGA FANS

The game has a lot of fanservice for the average SEGA fans. As you progress in the game you unlock SEGA Character themed add-ons like JSR or Shinobi hats or items, you can also equip your attacking wheel with more weapons or features. There are also other fun hubs like your own island were you send your defeated enemies and punish them as it must due!

A KILLER OST AND VISUALS TO DIE FOR

There are 2 things that outstand in this game, its vector based visuals & character designs and its amazing OST. The vector artwork shines so well in this game and allows you to enjoy the aesthetics no matter the resolution, specially in PC, Arkedo did a great job. The OST is something to enjoy on its own, even if you don’t buy the game you can still download this awesome score, it has something for almost everyone, from lullabies to hardcore punk, and every tune fits perfectly in the game.

This game is fun and enjoyable, but might not be appropriate for the narrow minded player. While its true that pretty visuals and a good OST are not all in a game, the title lacks of some areas to be polished like a more polished gameplay and controls.

Community Art of the Month: July