SEGA Games Japan has released new screenshots and information for Valkyria: Azure Revolution, the new entry in the Valkyria Chronicles series to be released this Winter 2016 for the PS4 in Japan. The new information describes more settings for the game and introduces characters: Amleth, Suleyman Kahlenberg, Basil Sabanci, Fleet Eriksen, and Violette Szand via screenshots.

■ A Setting for Revolution and Crime: The City of Jutland

An azure mineral of many mysteries, “Ragnite” is the source of a magic power called “Magic Arts,” through which an “Azure Revolution” is being called for in the continent of Europe. The Jutland Kingdom, a small country located in the south, is the base of actions for protagonist Amleth and company. Currently, resources are drying up due to an economic blockade from the major powers. And the “Azure Light” of Ragnite has disappeared from the city.

The historic epithet given to the five young people that led the war between the Jutland Kingdom and Rus Empire, known as the “Miraculous War of Liberation.”

A war was waged with another country for the sake of a personal anger called “revenge.” With the crime committed by those that led the war and the planned lese majeste against Princess Ophelia, two major sins were committed, and would be judged for capital punishment after the war.

However, the abilities of those the led the war were genuine. Not only on the “battlefield” (Amleth), but also in “politics” (Suleyman), “economics” (Basil), “incitement” (Fleet), and “intelligence” (Violette). Their roles in a vast range of fields led the small country of Jutland. 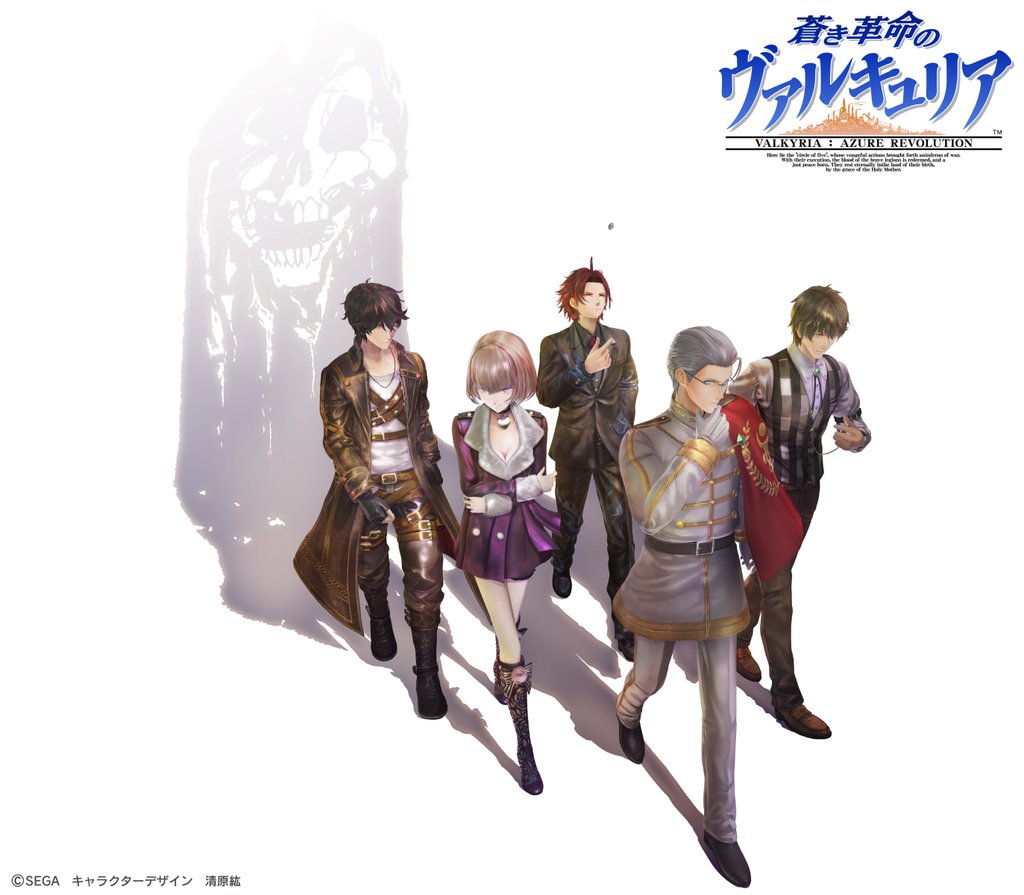 Is Persona 5 R or Arena on the Horizon?

Get a free PS4 theme when you digitally pre-order Yakuza: Kiwami