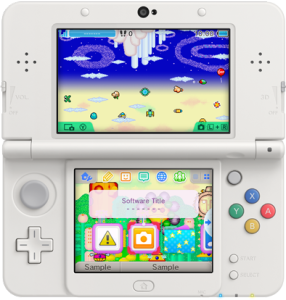 SEGA has already released several 3DS themes promoting its recently released SEGA Archives (aka 3D Classics) in Japan, and they have a few more now available in the Japanese eShop.

A Space Harrier and Fantasy Zone theme have been released today for 200 yen each.

You can visit the theme pages for Fantasy Zone here and Space Harrier here.