As we previously reported, SEGA of Japan announced a new Puyo Puyo entry set for a release this November 26th. More info about the upcoming title, Puyo Puyo Touch has been revealed. Besides being a mobile operating system platform game, it has been unveiled it will be a Free to Play game for Japanese users. 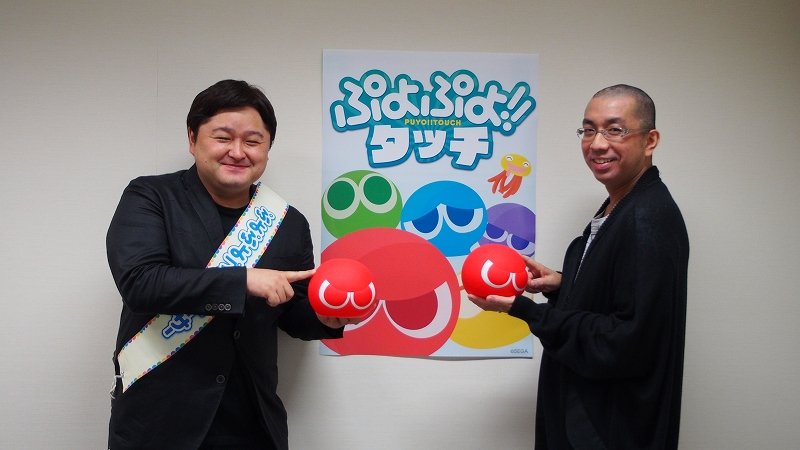 Puyo Puyo series producer Hosoyamada Mizu stated they were aiming for this type of game for a long time on a press conference, while development director, Takumi Yoshinaga, proceeded to explain the new gameplay rules and system. For a start, the old “4 of the same color” collapse rule remains intact, but rather a change on how they collapse and move across the board. A new tapping system has appeared in which the puyos can be pointed in a direction marked by the newly introduced arrow system when you gather 5 puyos. The more you collapse reactions in the appointed direction the more you score and unlock special skills. There is also a new possibility to collapse collected groups of same color puyos and arrow or even make a combo of various arrows!

The game now features co-op and versus online play plus leaderboards.

The game now has a map you can walk through with an adventure story, and unlock Puyo series characters as you go by or accomplish certain events and missions. A special cat Arle Nadja is available for demo preregistered users in Japan.

Additionally the new look for the 3 main characters: Arle Nadja, Amitie, and Ringo has been revealed!

Enjoy the gameplay footage below:

Someone created a prototype of Night Trap for mobile phones