It’s hard being a Shin Megami Tensei fan. The series has kind of fallen to the wayside following the explosion of popularity for its’ hip and quirky sibling, Persona. The last mainline entry we got was 2016’s Shin Megami Tensei IV: Apocalypse for the Nintendo 3DS, which was a continuation of the original entry in 2013. Persona, on the other hand, had 13 games release within the last 10 years.

It’s interesting to see two series that are so similar be received in wildly different ways, and it’s understandable why. Persona is a fun high-school simulator that through the power of friendship, overcome personal hardships while taking on powerful deities and demigods to a boppin’ soundtrack. Mainline SMT inversely has our nameless protagonist exploring post apocalyptic worlds where demons force lesser beings into servitude and the forces of chaos and order attempt to sway you towards their visions of utopia.

For my tabletop nerds out there, it’s like comparing mainstream fifth edition Dungeons & Dragons to the Dark Sun expansion for AD&D. While the deliveries are similar, it’s the tone and setting that is the selling point – building relationship meters and dance-offs are always going to be more palatable than surviving the wretched underbelly of post-apocalyptic Tokyo.

That said, Atlus and SEGA are finally giving Shin Megami Tensei its chance in the spotlight with Shin Megami Tensei V. But before we get to that, we’ve got our hands on a remaster of the masterfully crafted Shin Megami Tensei III: Nocturne – the underrated cult classic that gave North America its first taste in subjugating hell to wage war on heaven.

Gone in a Flash

Nocturne opens up to our protagonist arriving to Tokyo to meet up with their ill teacher and classmates for an extracurricular assignment at Shinjuku Medical Center. While in route, he encounters a mysterious freelance journalist who specializes in the occult, and shares information about a violent riot that took place the night before. While the media frames the clash as a result of political dissonance, our paranormal enthusiast insists that it was the result competing demonic factions, and that the hospital serves as the headquarters for a demonic cult before following you to your objective.

Upon arrival to your destination, you link up with your classmates who begin searching the hospital for your errant teacher. While scouring the basement halls, you find evidence of unholy rituals taking place as blood is spread across walls or used to craft magic circles. You’re eventually confronted by the cult leader named Hikawa, who speaks of destroying the world to rebuild it anew before attempting to kill you.

The protagonist is rescued by their teacher, who happens to be working with the cultist, and asks you to join her on the rooftop to observe a project she’s been working on. She reveals that the purpose of her calling you and your classmates was to survive the cataclysmic event known as the Conception. As she begins telling you of your importance to reforming the new world, dark energy begins to engulf the streets of Tokyo as its denizens are swiftly killed and the city of Tokyo terraforms into itself, with an ominous moon known as the Kagutsuchi levitating in the center of it all.

From here, you learn that you’ve been transformed into a Demi-Fiend, a being that balances themselves between humanity and the infernal. Your immediate goal in this desolate wasteland is to locate any survivors of the Conception, namely your classmates. However, you learn that the destruction of the world has changed them forever, and the remainder of the story becomes one of dueling factions looking to influence the player into shaping the world to their vision.

I Choose You, Mara!

Regardless of who you end up supporting in your quest for reforming the new world, you won’t get anywhere without recruiting some demons to join your legion. Nocturne uses the “Press Turn” combat system, where both parties battle in a series of turns. You and your fellow fiends share turns equal to the number of party members in combat (i.e. four party members equals four turns). Spend your turn by engaging in combat, healing, using items, summon or dismiss allies, or try to talk and recruit new demons. You can earn additional turns by exploiting the enemies’ weaknesses or by scoring critical hits. Just keep in mind that powerful enemies don’t necessarily follow the same logic and can make multiple moves per turn.

Now, sometimes you might feel that you or your party members don’t have an action that’s beneficial to your win condition. Perhaps you have one turn left, and your demons do not have a skill that allows them to use items. The player can opt to pass the turn at the cost of half a turn – this way, you can expand your strategy without simply being a sitting duck and get in that last solid hit or that party heal you so desperately need.

Another major factor in battle is the phases of the Kagutsuchi, found in the top left corner of the screen. As you traverse the overworld and dungeons, the phases of the moon will change from a new moon to a full moon in an endless loop. During the Kagutsuchi’s “full” phase, enemies are very aggressive, their strength stat increases, and they prevent you from fleeing battle more frequently. During the Kagutsuchi “new” phase, demons are far more passive and much easier to recruit and have conversations with.

That said, there’s a benefit to recruiting during a full Kagutsuchi cycle. If you manage to converse with a demon during a full phase, questions are much simpler, usually resulting in “yes” or “no” questions. Otherwise, you’ll be stuck at gunpoint with a demon requiring valuable healing items and Macca, or asking you complex life questions. It’s also the only time where the player could try recruiting dark aligned demons like Haunts and Fouls.

A “Reason” to pay extra

One of the perks for buying into the deluxe edition is access to four pieces of DLC provided day one. The first offered is the Merciful Difficulty Mode, and it’s exactly what it sounds like. Look, Shin Megami Tensei III: Nocturne is a very difficult game, and it has the Matador, one of the most infamous boss fights in any JRPG. Even on Normal Mode, new zones and bosses can serve as some very challenging skill checks and not everyone is going to want to experience that. Merciful Difficulty is the game’s Easy Mode, allowing the player to bypass the bullshit and enjoy the story for what it’s worth.

DLC pack 2 is the Mercy and Expectation Map Pack, adding two new dungeons with the purpose of granting the player special items that increase experience and Macca. Very helpful if you find yourself at a difficult boss, but you’re not willing to knock the difficulty down to Merciful. The third DLC option is the Shin Megami Tensei BGM Pack that allows you to change the in-game music to other well-known tracks from other SMT games. My personal gripe with this pack is the music, specifically the battle music, is so heavily compressed that the tunes are grating to the ears. It’s really unfortunate, because Atlus took the time to remaster the tracks in the overworld and dungeons, but failed to remaster the combat music.

Finally, what is probably the most important piece of extra content is the Maniax Pack. In the original North American release of Shin Megami Tensei III: Nocturne, Capcom struck a deal with Atlus to allow Devil May Cry’s Dante in the game, making him a minor reoccurring character, and later a powerful ally that can be recruited – if you pushed forward to attain the game’s most difficult ending! Nocturne HD Remaster comes stock with a cameo of Raidou Kuzunoha of the Devil Summoner sub-series should you opt out of the Maniax Mode.

Now then, do I necessarily think that these extra DLC packs are worth it? Hell no. A $20 upcharge to a game that is already $50 that provides minimal content is a bit egregious. Merciful Mode is free as it is, but adding two non-story dungeons to grind out extra resources doesn’t feel like it’s worth it. Maniax Mode, while cool, is essentially a $10 bonus character that you have to grind for just to recruit. A lot of these extra features feel like they could have just been added to the game with out the $20 paywall (more if you purchase à la carte).

One more trip through the Labyrinth?

I’m kind of stuck between a rock and a hard place with Shin Megami Tensei III: Nocturne HD Remaster. There’s no question that the game is great, even nearly 20 years later. My problem is that I don’t feel like enough has been done to call this Remaster “fantastic.” The sound quality really grinds my gears, and cutscenes get the expanded 4:3 blurry background treatment overlaid with the 480p PS2 animation. That said, Nocturne HD Remaster also offers voice acting options for both English and Japanese, and I confess that the English voice cast is actually good.

Nocturne is maybe a little overpriced, but just by a slight margin. This, of course, coming from someone who’s had the opportunity to play this back in 2003. But for new players, Shin Megami Tensei III: Nocturne HD Remaster offers a fresh chance for budding SMT fans to experience arguably the best game in the series franchise. Lore monsters shouldn’t have much problem restarting the game to align yourself with a new faction, and diehards like myself will love the cut throat environments of the Labyrinth of Amala. 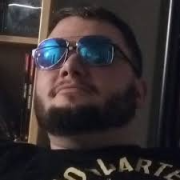