SEGA of Japan has released today the 2nd volume for its Sonic Runners (an endless runner skill platformer for mobile) OSTs. The new Soundtrack volume includes new tracks produced by current Sonic series sound producer, Tomoya Ohtani. Of course, you can get it on western territories as well.

The tracklist is the following: 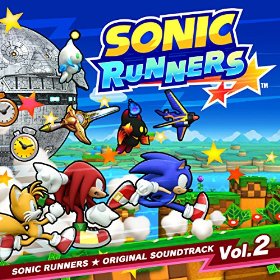 RadioSEGA’s WinterFest 2017 is almost upon us