Today is the big day for Yakuza fans, as Yakuza 6: The Song of Life has finally released after being delayed several months. Like with several of its recent games, SEGA has included a user feedback survey within the game’s PlayStation menu and one of the questions has us pretty excited.

At the end of the survey, a question is asked to gauge user’s interest in a potential Fist of the North Star localization. Known as Hokuto Ga Gotoku in Japan, the game was released on March 8, 2018, on the PlayStation 4, and SEGA has not yet confirmed whether the game would be released outside of Japan. 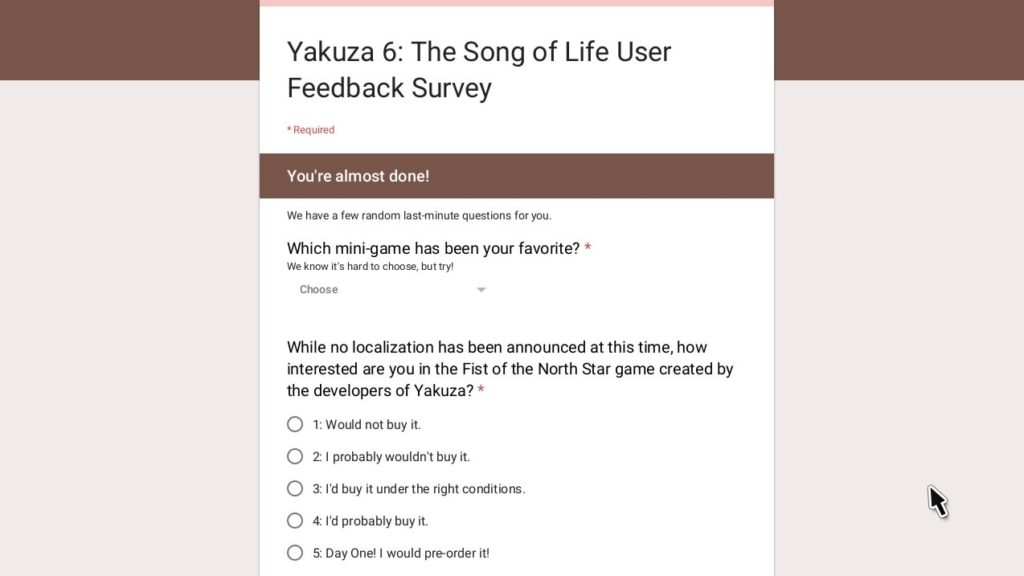 The survey asks, “While no localization has been announced at this time, how interested are you in the Fist of the North Star game created by the developers of Yakuza?”

While this by no means confirms SEGA will release the game in the West, it does show there is some form of consideration, and if they receive enough positive feedback from the survey, it could go a long way for the game to receive an English localization.

Let us know in the comments below if you’d be interested in Fist of the North Star releasing in the West!