SEGA has finally confirmed what we’ve all been assuming it would at some point with the announcement that Yakuza Kiwami 2 will release in the West this summer.

The remaster of Yakuza 2 will release on the PlayStation 4 on Aug. 28 in both physical and digital forms for $49.99. Like previous games in the series, pre-orders and first-run copies the physical version will ship in a steelbook that features Kazuma Kiryu and his rival Ryuji Goda. 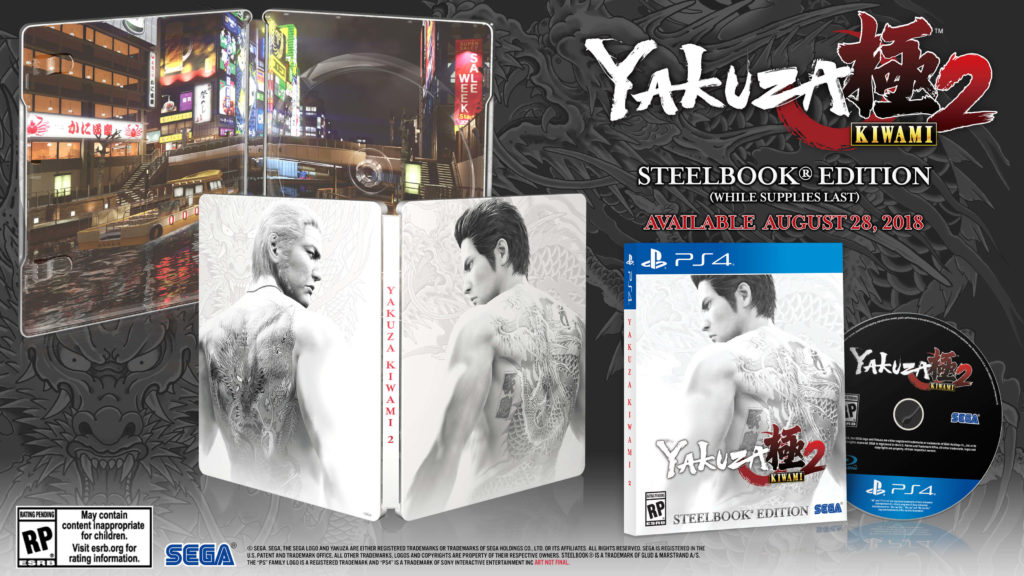 Yakuza Kiwami 2 features some notable changes, like being completely rebuilt using the Dragon Engine, which is featured in Yakuza 6: The Song of Life (read our glowing review here!). Other additions are all cutscenes and key voiced lines have been re-recorded while staying true to the original script, the Clan Creator mini-game and many others.

See below for the full press release:

It’s been a full year since Kazuma Kiryu took his leave from the world of the yakuza during the events of Yakuza Kiwami. Fate, however, has other things in mind for the legendary Dragon of Dojima, and Kiryu finds himself back on the front lines of a potential all-out war, as SEGA proudly presents Yakuza Kiwami 2, one of the most beloved storylines in the franchise’s history, remade in full HD for the PlayStation®4.

From the global development studio that introduced the world to Kazuma Kiryu, Ryu Ga Gotoku returns in high form with Yakuza Kiwami 2. The game will be releasing both physically and digitally on the PlayStation®4 on August 28, 2018 for $49.99. That’s not all, though – pre-orders and first-run copies of Yakuza Kiwami 2 will come in an elaborate SteelBook® featuring Kiryu and his fierce rival, the Dragon of Kansai, Ryuji Goda.