After Yu Suzuki wrapped up his Shenmue postmortem during the Game Developer’s Conference, he was kind enough to take questions from the audience members who were lucky enough to be in attendance.

The following is a full transcription of that question and answer session:

Q1: When will Shenmue 3 be released?

Q2: You mentioned having to throw together a lot of things that are very common today in games. We still use terms like QTE. Did you think Shenmue would have that far of a reach into the future?

Suzuki: Of course I did see the need for a system that everyone can play and get engaged into our game, but I didn’t think it would be as long lasting as we see it today.

Q: A long time ago, there was a video of Ryo riding a bicycle in Yokosuka. I never found it in game and was wondering did it ever get cut.

Suzuki: Certainly, there were so many things that I had to eventually give up trying to get into the game. In Shenmue, for example, taking the bicycle or hopping onto a transportation vehicle would get you from Point A to B quicker, so that’s something I really wanted to do but, in the end, ya know, we can’t get everything into the game. So there’s a lot of things we had to give up on. 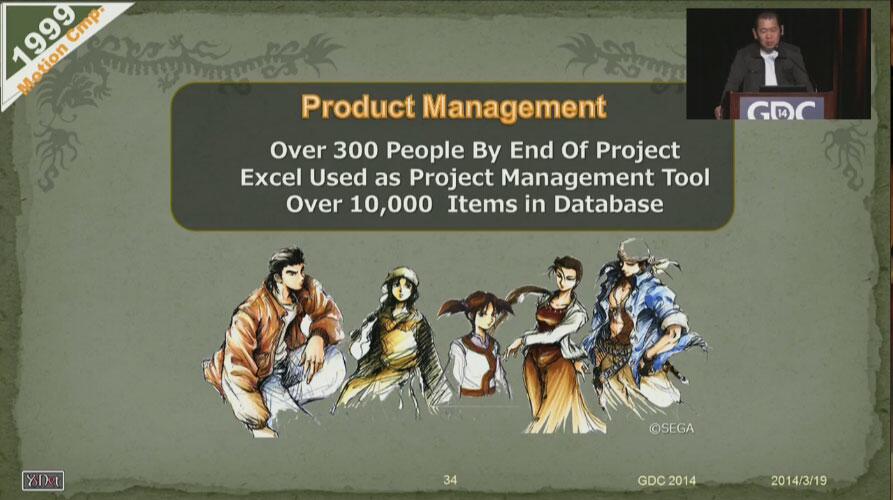 Q3: As a game designer, how important was it for you to convey the banality of everyday life of the actions of the main protagonist. For example, petting a cat or buying a box of crackers, things you typically don’t do in a lot of other games.

Suzuki: I did believe that if you implement or pursue things that are not done normally, or are mandatory in other games, then you will eventually see an effect that creates originality and uniqueness into your games.

So for example, in Shenmue 2, let’s say 200 to 250 characters are all living their lives – they go to work, they’re taking care of their own business – and when you follow these players, they’re still living their lives even if you’re not paying close attention to them every step of the way.

So that brought out the Shenmue-ness or the life of Shenmue, really breathing in the life and the air into that world. I do think that it’s important; however, we all know we must be concerned about budget and our limitations, but if you can find a very efficient way and the output is going to have a large effect on creating uniqueness and originality, I think it’s very important.

Q4: Can you relate some of the creative process behind Space Harrier?

Suzuki: The quick, sort of, rundown how we got there is initially, the idea was we were going to have a jet plane and it was going to have a downward-facing motion toward the ground.

I wanted this spectacle-like scene, that’s what I had in mind, but the setting wasn’t sci-fi, but in order to execute that and make it look very beautiful using a plane, we needed a lot of patterns, the routes, the planes would fly.

Back then, since we weren’t using 3D, we were using sprite animation, we would need a lot and that meant a lot of memory. That led into, “OK, if it’s not creating these beautiful patterns to show off the plane, why don’t we replace it with a human?”

That way, we can display it largely and the expressions would still make sense, but then now you have to think originally it wasn’t a sci-fi setting but now we’re making humans fly and therefor now we have to make it a sci-fi setting. So that’s the flow of how it came to be.

Q5: Would it be possible for the Shenmue Saturn demo be published one day?

Suzuki: The prototype was made as a prototype and it has the quality of a prototype. That in and of itself was a great one but if I can and if I have the chance, I would like to make it as a side hobby and not think of the marketability and how it would actually form into a product. 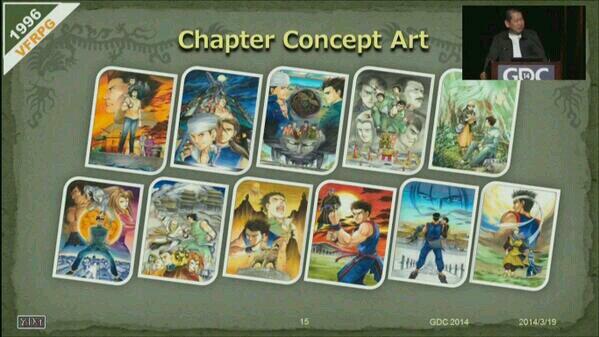 Suzuki: The biggest challenge was that it was so difficult to manage tons of characters. The system was just not available at that time, but if we were to fast forward to today, we could solve it by the networking environment or just going online with it. That way, we could still manage tons of characters, even characters you don’t see, hear or are nearby, they’re far away. So, I do think that would be solvable if we were developing the game today.

In terms of cost performance, back then, chapter by chapter, as the story progressed, it was that you were introduced to a brand new level and really we had a very luxurious way of making these chapters and presenting them in a very gorgeous way. So, the cost performance, in terms of purely a development standpoint was not that great.

So I think we could do much, much better and do something that’s high quality but we can do it in a very efficient manner and use the 3D engines that are available today, so I think it’s something we can overcome.

Q7: One of the great design challenges of creating a cinematic game like Shenmue is how do you have a dynamic camera without disrupting gameplay for the player. In addition to QTE, what are some other modes of gameplay that lend themselves to having a free moving, dynamic camera that’s very cinematic?

Suzuki: Back then, we utilized camera work from people in Hollywood, and we analyzed what modes would work best in our game. After doing our analysis, we basically came down to five different types of camera work, and of course there were specific scenes that required special needs, but basically what we would do was within those five modes or tiers, we would then create a subset, so it was Camera #1-3, Camera #1-4 and so on.

So we would try to contain it within the set that we had already pre-approved. If we didn’t do that the cost performance would be so awful, we wouldn’t be able to execute what we had set out to do as a goal.

Also, because these folk did not have enough experience working with games, we had to have our own set of guidelines and work within these boundaries we had set. Otherwise, we wouldn’t have a very organized system.

SEGA Nerdcast: Episode 113 (No Shenmue HD for you!)